Izyaslav (formerly Zaslavl) city in Khmelnitski region (former Kamenets-Podolski), Ukraine. Situated on the Horyn river, the city dates back to the 11th century. It is one of the oldest cities in Volhynia. As of 2009, the population of Izyslav was 17,232.

The first evidence about the Jewish community there dates back to the first half of the 16th century. Most of the Jews fled to the neighbouring cities (Ostrog, Mezhirich and Dubno) during the Chmielnicki massacres of 1648. Among them was Nathan ben Moses Hannover who described these tragic events in his book “Yeven Mezulah” (Venice, 1653). Approximately 200 Jews who had remained in Izyaslav were killed on the Old Jewish cemetery and then set on fire. The synagogue was destroyed and converted into a stable. 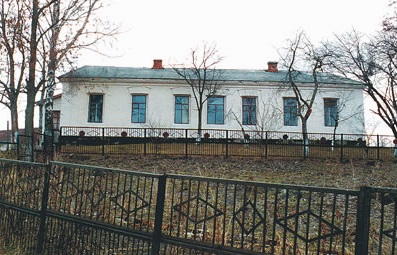