Village on the Stava River (Pripiat’ basin) in Ukraine’s Rivne (Rovno) region. Mezhyrichi, known as Mezhirech in Russian and Międzyrzecz in Polish, was called Mezhirich Gadol by Jews; currently known as Velikie Mezhyrichi (Great Mezhyrichi), it has also been referred to as Mezhyrichi Koretskie. From 1569 it was in the Polish–Lithuanian Commonwealth, and from 1793 in the Korets district of the Russian Empire’s Volhynia province. Between 1921 and 1939 the town belonged to independent Poland.

Noblemen owned the town until 1831. The first references to Jews date back to 1569 and 1577. At the beginning of the seventeenth century, a local Jew leased the principal revenues of the town. The Jewish community suffered from Cossack attacks in 1648–1649, and in 1652 a tax was paid for only eight Jewish dwellings. In 1662, poll tax records listed 28 Jews, and in 1674, there were 35. 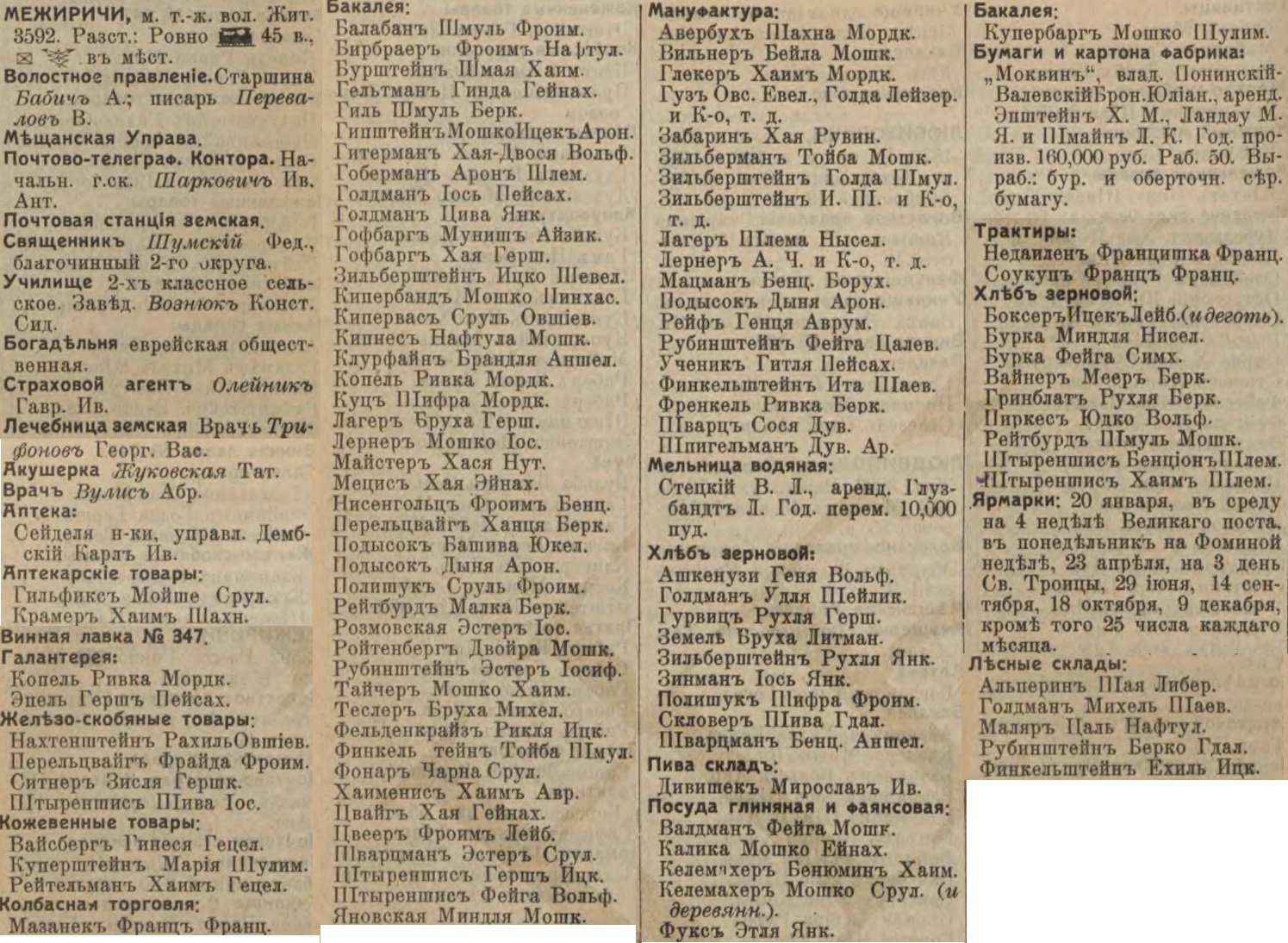