Nezhin is a historic city located in Chernihiv region of northern Ukraine, center of Nezhin district. Kozelets is located on the Oster River, a tributary of the Dnieper. The city’s estimated population is 72 422 (as of 2015).

In XIX – beginning of XX century it was center of Nezhin Yezd of Chernigov Gubernia.

It is difficult to assume when Jews first appeared in Nezhin. It might have been in the XVII century.
Nezhin was one of the centers of Cossacks’ fighting against the Polish under Khmelnitskiy’s leadership. It is clear that Nezhin’s early Jewish community was during the uprising of 1648-1651. This was long period of the civil war and internal strife in Left-Bank Ukraine known as The Ruin. Because of this Nezhin’s Jewish population was only able to reestablish itself in the late XVIII century.

Because of this Nezhin’s Jewish population was only able to reestablish itself in the late XVIII century.
The Hasidic Tzadik Dov Ber of Lubavich, the son of Shneur Zalman of Lyady, the “middle rabbi” of Chabad Hasidism, died and was interred in Nezhin in 1827. The town became a center for the Chabad Hasidim of the Ukraine. It was especially well known while Israel Noah Schneersohn lived there from 1867 to 1882. 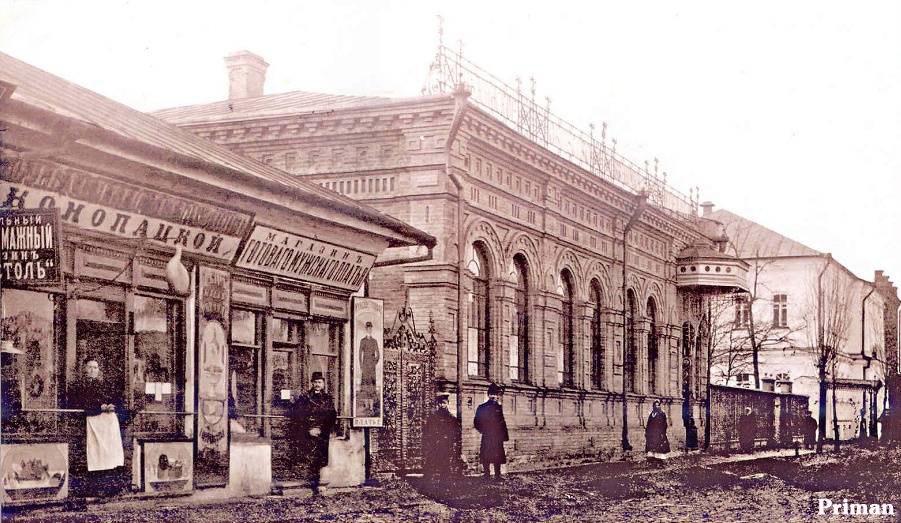